A lot of companies across the globe are going to die over the next few years – not because of macroeconomic stress, but because there is an entire emerging generation of customers who hate doing business with them. 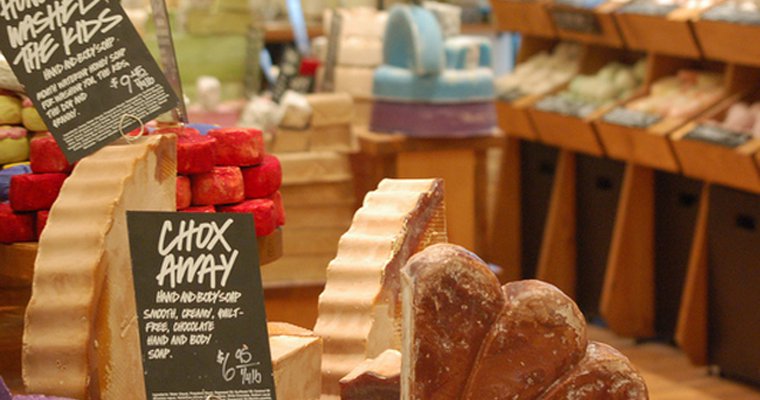 Products on display at a Lush Cosmetics store in Memphis, TN.

A lot of companies across the globe are going to die over the next few years — not because of macroeconomic stress, but because there is an entire emerging generation of customers who hate doing business with them. I call this new consumer group — for the most part under the age of 25 — “Generation D,” which stands for discover, devour, demonize.

Those classic “I’m a Mac and you’re a PC” commercials speak to a particular way in which the rapture and devouring manifests itself with Gen D customers. When they truly love a brand, they no longer see a brand. Their identity with the brand goes way beyond brand loyalty; they become the brand, and the brand becomes them.

Lush, a cosmetics company based in England, is a good example of this sort of rapture and devour behavior. The company began in 1994 with one store and today has more than 800 in more than 50 countries. Lush sells a variety of handmade products it produces on its own, from soaps to shampoos to shower gels, lotions, and more. Everything is made naturally. Lush products are completely vegetarian, nearly completely vegan, and some 60 percent free of preservatives.

Even with all its ethical roots, there seems to be nothing particularly preachy about how Lush works. If you have ever gone into a Lush store, you have seen some of what makes the brand rapturous to young women in Gen D. The sales clerks are Gen D. They are not pushy. They are energetic, and it’s difficult to imagine they are actually working. It looks as if they are just hanging out, having fun and showing friends a bunch of stuff they love. Then there is the manner in which things are displayed. One marketing expert has compared it to the way fruit sellers display their wares. Everything’s out and unwrapped. You can pick it up and choose the size and shape of a particular piece of soap, which adds to the sense of discovery. Lush has even called itself a “cosmetics grocer.”

If Lush is rapture, something Gen D wants to devour, what then is an example of the demon? Well, just imagine how a Gen D member feels when he looks at something online as a potential purchase, and then little advertisements for that item or similar items keep popping up wherever he goes on the Web, over and over.

Perhaps that has happened to you. You search for a new blender, for instance, and the next thing you know you are being followed around for days and days on the Web by an annoying little blender advertisement. What could be more opposite of “invisible” or “magic”? Even if you are not a member of Gen D, you probably resent this. When we first saw Tom Cruise in the futuristic film Minority Report in 2002 being greeted with personal offers as he walked down a glass corridor, it was cool; now it seems problematic, dated, and intrusive.

When we got Gen D members together, one of the things we discussed was online advertising. Asked about how they respond to the ads that show up on YouTube just before they can watch a selected video, one teenager was clear. “I hate it.” Turning to the rest of the group, he asked, “Right?” Most said they skip the ads. One young woman was more specific.

The most detailed response to the question revealed just how much of a chance you have with Gen D. One teenage girl explained that despite her lack of specific knowledge about how marketing is supposed to work traditionally, “it’s like they have those five seconds that you have to watch before you can choose to skip. So I was actually thinking about it one day and I’m like, companies need to make those five seconds really count. So sometimes I’ll continue to watch [if ] in those five seconds you made it really, really extravagant and wonderful. Let me see what this is about.”

She continued. “I know I’m weird for doing that. But sometimes I do sit there, and I’ll watch the whole thing because that first five seconds was so good. But most of the time, yeah, I just skip it.”

The message here: you’ve got a maximum of five seconds to capture the attention of Gen D!

YouTube, though, sometimes will not let you skip the ads. You are forced to watch the entire ad. So, what do these Gen D members do? Most we spoke to rejected the idea of skipping; they had picked a video to watch and they wanted to see it. They’ll mute an ad if it goes on for 20 or 30 seconds, but longer? “I reload,” said another young woman, "and sometimes it’ll go away.” A teenage boy explained, “See if you get a better ad.” “But it’s kinda sad,” said a teenage girl, “because that’s people’s job. It’s sad that what commercials and ads have turned into — it’s just like, ugh. God! I want to skip it.”

Another young woman agreed. “Commercials,” she declared, “are the least effective form of marketing for me by far.” There was a chorus of agreement, and hatred for commercials—“on TV, at the movies . . . on the radio, on YouTube—it doesn’t matter.”

The companies that are advertising to these Gen D members are making them angry by wasting their time and violating their need to be in control of discovery. “I’m in the middle of doing something that I want to do,” said one of the teenagers. “I want to listen to the radio. I want to watch this movie. So you’re gonna interrupt what I purposely came here to do to tell me about your — no! I’m not gonna care about it now.”

You — the advertiser — have been demonized. You have been subjected to one meaning of Gen D’s “D.”

Excerpted with permission of the publisher, Wiley, from "Build for Change" by Alan Trefler. Copyright (c) 2014 by Pegasystems, Inc. All rights reserved. Photo by Memphis CVB.