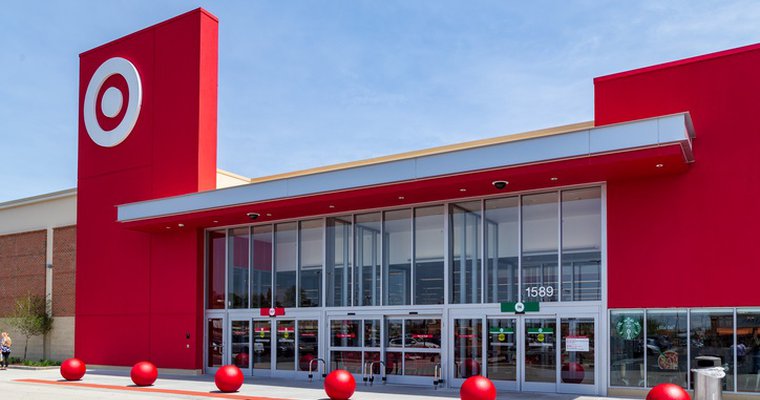 Strong store traffic was cited as the main growth driver, as well as store revamps and improved e-commerce operations and what CEO and Chairman Brian Cornell said reflects the retailer's investment strategy.

Total revenue jumped 6.9 percent, to $17.78 billion in the second quarter.

The Target leader told CNBC the company is focused on three areas: providing a great experience that's inspiring in the stores, making shopping convenient and easy and offering new brands.

He said Target's "core case ability" has been its design and development team which is responsible for bringing unique brands — brands that are differentiated.

The retailer plans to spend about $3.5 billion a year for the next couple of years on its investment strategy. Lat year, Target spend about $3 billion.

"We're still in the early stages of rolling out our strategy and I expect next year we'll remodel more stores, another 300 stores. We'll open up new great urban stores and on more college campuses," he said.

"We're getting in new neighborhoods where we have not before," said Cornell, adding Target will continue to invest in technology, supply chain and fulfillment. He also said he thinks of Target's two top competitors (Walmart and Amazon) every day.

"And we measure ourselves against their performance. We are fighting for those footsteps, fighting for the clicks and right now I think we are starting to build momentum."

In its earnings report, Target stated the traffic growth is the strongest since it began reporting traffic in 2008. Its comparable digital sales grew 41 percent, a healthy increase from last year's 32 percent growth.

Judy Mottl is editor of Retail Customer Experience and Food Truck Operator. She has decades of experience as a reporter, writer and editor covering technology and business for top media including AOL, InformationWeek and InternetNews.