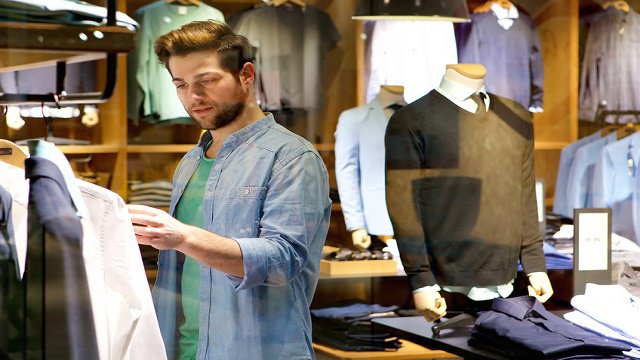 One of the biggest issues facing retailers is how to merge in-store personalities with online ones. I'm not talking about the same colors and logos and offerings on sites and stores.

I'm talking about how the two consumer touch points feel like a seamless interaction of the same brand.

This is a serious problem for the retail industry. While most retailers have websites where you can order apparel and other merchandise, most consumers still do their online shopping on Amazon and the like. From the perspective of the customer, the individual online stores feel like add-ons and offer less than the large online sites. (It's even easier to shop at Google.)

This is especially a problem because those same consumers who are buying online are not brand loyal. They are window shopping of a sort, comparing brands and products across all the offerings. They are rejecting the closed-in feel of a brand website — just like many do when they are inside the brick and mortar store.

Whether retailers like it or not, we're fast entering the world where those physical stores are becoming highly expensive billboards. Just think about what has happened to banking. In a rush to enter the lucrative banking market or expand their own presence, banks (and credit unions) were building new branches in the 90s and early naughts like fast food chains.

When online banking became the major outlet for bank customers, those buildings emptied and only served to show those driving by that they were still around. The result was a massive amount of consolidation with the smaller banks being eaten up.

If retailers don't make the their own online presences important — and even elevate the importance of their physical spaces — we will see increased consolidation and many retailers closing up show. (Not to mention executives being given the boot.)

During a three-month period in third quarter 2015 there were 36 mergers in the retail space. The number is about to get larger this year.

The answer lies in your brand

Most companies, let alone retailers, get brand wrong in a variety of ways. The most common mistake is that they make the brand about themselves. That is, it is about the store, what it offers, what prices it has, what the retail company stands for.

If your brand is like that, then it is being ignored.

Instead, the most successful and meaningful brands are about the customer: A self-identification of who they aspire to be when they use your brand.

Think about Nike. Its brand is about winning. "Just Do It" means getting on with it without the fuss. Because it is a self-reflection of the customer, its Nike Stores and online presence feel synched. They are both about the customer.

The key is that the customer owns the brand, not you. Let's look at possibly the most powerful brand in the world and how it applies to the retail space.

The most successful retailer that integrates its online presence with its physical ones is the Apple Store. Of course, it has advantages — mostly, access to a large number of online consumers who have accounts with Apple.

But it all started with a brand that said its customers "Think Different." That became the self-defining description that prompted millions to hold up being an Apple customer as a badge of honor.

It also allowed Apple to think differently when it came to its physical space and its online presence. Apple has modernized the physical experience in a way that few have aped.

It has an Apple Store app that allows you to pay by yourself, without the assistance of a store associate. You walk in, you see a power adaptor, you open the app, scan the adaptor with your phone camera and walk out the door. No one is chasing you down like you're some kind of shoplifter.

The reason why this experience works is because it fits within the Apple brand and mimics the process you go through when shopping online, even at Amazon. You find the product, you click on it with the payment information you've already entered and you're done.

A brand with meaning gives you permission to do things that you otherwise couldn't because it wouldn't be believable. If your brand is "JC Penney. It' all inside," you don't have permission to do much of anything, especially online. Or if you're too clever, like Office Depot's "Taking Care of Business." (Clever is your enemy because clever is not believed.) Or you are all about yourself and, well, confusing like "Come see the softer side of Sears."

A brand that needs help: Sears

To wrap up, let's propose what Sears, a failing brand if there ever was one, could do to unite its in-store and online operations with its brand. The retailer was once known for appliances, tires and tools, having an exclusive deal with Craftsman. And who didn't want to have the Sears catalogue?

Since those heydays, Sears has plummeted in market share and has become one of the most lost retail brands in the U.S. Even its failed merger with Kmart was severely misguided from the start.

What Sears needs is focus because it lacks focus. Whether you go into one of its stores or go online, you find a jumble of products that resembles the most confused mall since the Cleveland Arcade opened in 1890 as the nation's first mall.

What that mess of products lack is a sense of discovery. Not to go all the way and suggest that Sears' new brand theme should be "Discover." But if the brand meant that, then Sears would have permission to do new things both inside the store and online. It could then design both its stores and website as a place for discovery, which means an entirely different model than what it has now.

That's what would unite the two sides of any business. Your brand.

Brand directs the ways to produce a synergy between its physical and online presences that make both a places of destination.

If not, then your potential customer could just log onto Amazon.

Tom Dougherty is the president and CEO of brand company Stealing Share, and has helped national and global brands such as Lexus, IKEA and Tide steal market share over his 25-year career. 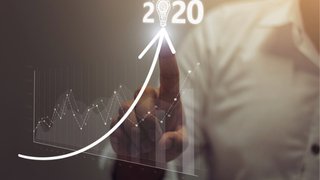 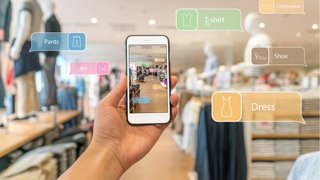 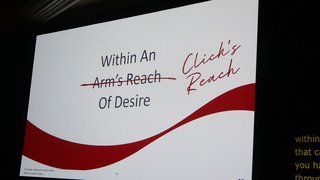 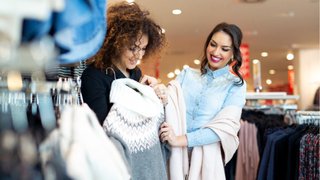 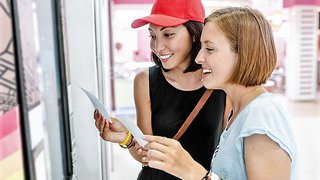